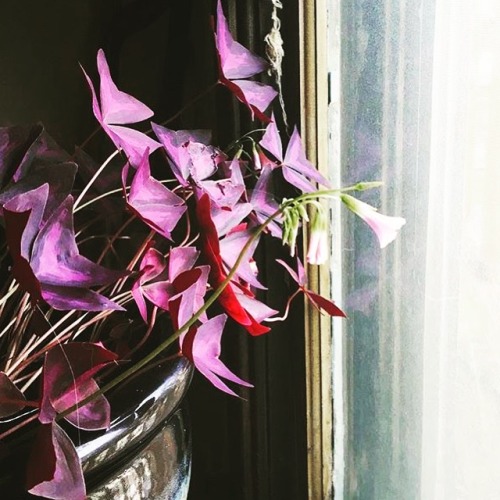 Before we jump into the blog post, I want to quickly let you know that I’m currently accepting new one-on-one coaching clients who want a little extra guidance with changing their productivity habits. You can read more about my coaching practice here and book a session here. You can also download a FREE guide to habit formation and maintenance by subscribing to The Tending Letter in the pink box below this post. Thanks for your time, and enjoy the blog post!

Last week was a really special week for me, because I celebrated my FIVE YEAR SOBERVERSARY on Saturday, March 17!

It was also my anniversary weekend with my Sweetie, so we spent a few days up in Montreal in an Air BnB with an exquisitely large bathtub, had a fancy seafood dinner, and laughed a hell of a lot. While the tone of my “dublaversary” weekend was cheery and celebratory, I also spent a lot of last week reflecting on my path to recovery and sobriety (I use the two words interchangeably), and I named some practices that might be helpful to anyone who struggles with moderation, self worth, and recovery.

Addiction is a complex condition, a brain disease that is manifested by compulsive substance use despite harmful consequence. People with addiction… have an intense focus on using a certain substance(s), such as alcohol or drugs, to the point that it takes over their life.

This post will only talk about my personal experience with addiction and recovery, but know that you don’t have to prescribe to any one definition or experience of addiction, alcoholism, recovery, etc. For example, I don’t think of my own alcoholism as a disease, and I don’t do AA (Alcoholics Anonymous), but some people do both of those things and I totally support them in those choices. I also use homeopathic/herbal tinctures as medicine and I drink mocktails with bitters, although some recovering alcoholics choose to abstain from both because most tinctures/bitters are made with high proof alcohol. I don’t drink kombucha because the alcohol content is too high for me and I get loopy! Although addicts, alcoholics, and people in recovery definitely have shared experiences, everyone also has different experiences, and different people recover in different ways. Although I don’t do the 12 steps, I love the AA mantra “take what works and leave the rest.”

My Story, or When the Bad Times Started to Outweigh the Good Times

I’ve had my fair share of unhealthy coping mechanisms that ranged from annoying to self-sabotaging to “girl, you are going to ruin your life.” I’ve been using various coping mechanisms since I was a child as a way to dissociate, and alcohol and drugs became my go to way to escape as a teenager. I had a YOLO perspective long before it became a hashtag. Drinking was something I always looked forward to in my teens and twenties, and the money I spent and hangovers I suffered always felt worth it for the fun that I thought I was having.

Except, the more I drank, the less fun I had.

Sure, my drinking started out amazing! I went to queer dance parties and danced and laughed closing out the bars, bought my friends drinks, drank wine in the bathtub, and generally had a blast. But, eventually (and this is a trope other alcoholics will recognize) I started to drink alone and the bad times started to outweigh the good times.

Before I actually got sober in 2013, the only other time I had considered that I might have a drinking problem is when I was 20 years old, living alone, and using drinking to help myself sleep. I was battling insomnia and terrifying, lucid nightmares, so I would drink when I got home from work, nap, wake up and drink more, and nap more before I got up to get ready for work. That sounds sad, but it’s not the worst part:

I started to lose access to my short term memory.

I’m not just talking about blackouts where I had gotten too drunk and didn’t remember who I had kissed or where I had gotten pizza—I am talking about full on, “I can’t remember what I did yesterday during the day” memory loss. Of course, it took me 6 more years of binge-drinking and making dangerous, unhealthy, and irresponsible decisions before I finally quit for good.

Looking back, I truly believe that if I had not stopped drinking when I did that I likely would have gotten a DUI and that I wouldn’t have been able to maintain a long-term relationship, do any healing work, write a book, write an article, or even participate in a Masters or PhD program.

Why I Say No to Moderation

I actually quit drinking first in January of 2013, doing the “take some time off drinking to see what happens” thing and then trying to just have one drink in March. Long story short, I ended up blacking out and being a total asshole to my then girlfriend, who—thank Goddess—gave me an ultimatum the next day of choosing her or booze. I chose her, which in reality was choosing myself and my recovery.

One of the speakers in Andrea Owen’s recovery series podcasts described moderation like this (I’m paraphrasing and adding my own take, too): Imagine that someone makes you your favorite meal, lets you take one bite of it, and then sets the plate down alongside a bunch of other people eating that delicious meal, but you just have to watch. Doesn’t that sound horrible?! Well, that’s what drinking in moderation feels like for many alcoholics, including me. I resonate hard with the stories I hear from other alcoholics/people in recovery about being out at dinner or on a date and feeling distracted by how much/how quickly others are drinking so you can plan how may more drinks you can have without looking like you’re drinking too much, but really you want to drink as much as possible. I would regularly host after-hours drinks at my house in college because it meant I could keep drinking, and I dropped many a dollar on buying shots for groups of people because I wanted another drink and enabling others to drink somehow made my drinking seem okay.

I am not a drink every day alcoholic. I am a “can’t have just one” alcoholic. To the point where I wouldn’t have a drink at dinner if I knew I couldn’t keep drinking, because I knew I would feel panicky and anxious. Once I started drinking, I drank until I passed out. The alternative was flashbacks, panic attacks, or fights. As I mentioned in my post on Mindful Production, I don’t seem to have that switch in my brain that says “okay, you’ve had enough,” so I chose not to deal with moderation.

How Sobriety and Recovery Affects Other Parts of My Life

I’ve been in the trenches and recovered from a smattering of coping mechanisms, but I’m not ready to hang those up on The Tending Year’s clothesline. For now, know that I quit drinking, smoking, and committed myself to healing my CPTSD and codependency. These practices taught me a huge lesson:

When I’m faced with a challenging decision that I know I have to make, I use my “dive deep” mantra (I wrote about this in Week 11′s post) and I commit to learning how to make a change. Choosing to commit to a long term goal instead of giving in to a quick fix often meant I had to sit with uncomfortable feelings. Here’s two examples of choosing long term results over quick fixes:

As I mentioned above, I listened to the first few episodes of Andrea Owen’s recovery series podcasts, and while I can’t vouch for any episodes I didn’t hear, I’d recommend the series to anyone who is in recovery, thinking about recovery, or has friends/family who are in recovery.

Even if you don’t struggle with addiction or alcoholism, there might be some habits or practices you wish could be a little different.

*Please note that the original version of this blog post was published here.

Don’t forget to subscribe to my twice a month newsletter below to get your FREE guide to habit formation and maintenance! You can read more about my coaching practice here and book a session here.

Subscribe here and you'll receive a FREE digital copy of my habit formation guide, To Hold in the Hand: A Guide to Maintaining, plus extra productivity and self development tips in my newsletter, The Tending Letter!